Risk Sp. z o.o. (limited liability company) implements the following project: “International Promotion of the Polish Brand ‘RISK MADE IN WARSAW’ Within the Scope of Industry Promotion Program ‘POLISH FASHION’ ” under Smart Growth Operational Program 2014–2020, Priority Axis III: Support for innovation in enterprises, Measure 3.3: Support for promotion and internationalisation of innovative enterprises, Sub-measure 3.3.3: Support for SMEs in the promotion of Polish product brands “Go to Brand”, co-financed by the European Regional Development Fund.
The objective of the project No. POIR.03.03.03-14-0035/18 is the increase in brand awareness and scale of activity of the Polish brand “RISK MADE IN WARSAW” through expansion into 3 foreign markets, including 1 promising foreign markets. Participation in the project facilitates promotion of the Polish economy, and RISK Sp. z o.o. expects an increase in the number of contracting parties and an increase in international sales by 2021 to the level projected by project indicators.

EXTRA -20% WITH CODE HAPPYEND ON SALE

We sew everything in Poland, because it’s worth it.
Cart
Cart is empty
View cart
My account Sign In 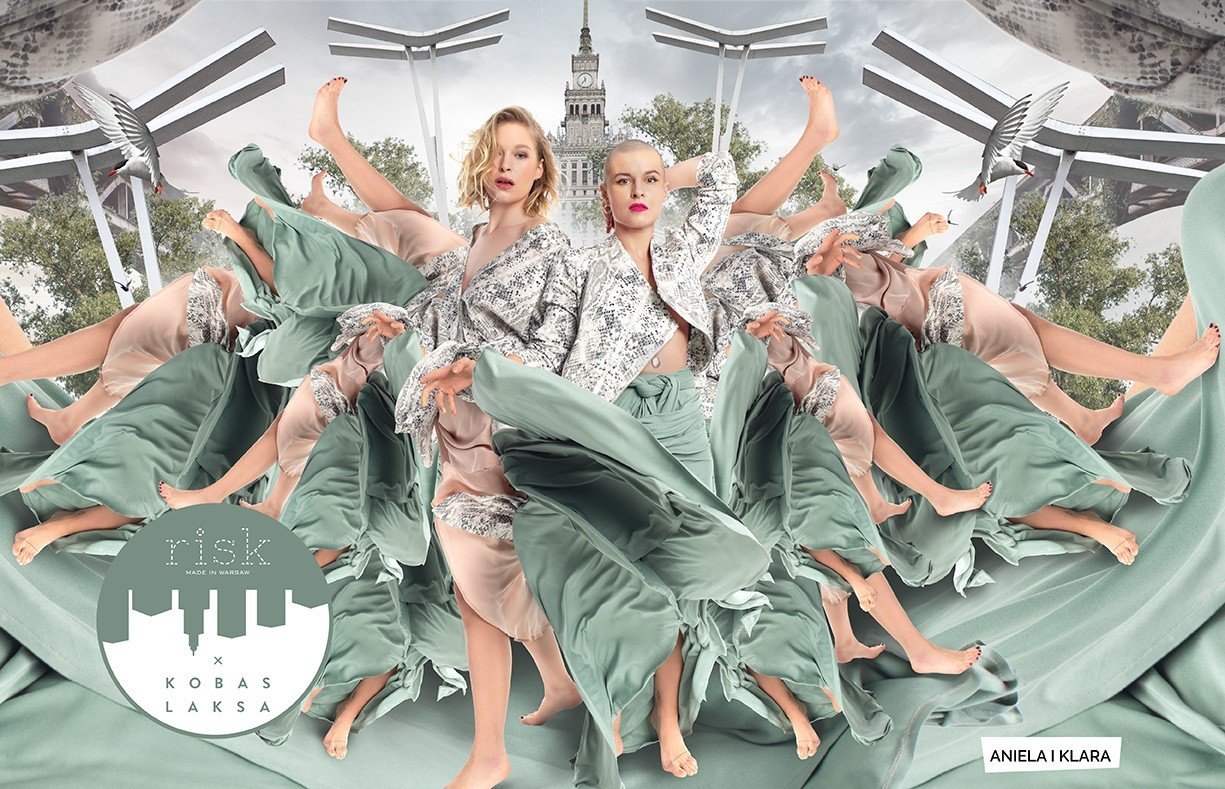 “The gigantic phenomenon of the great city of to-morrow will be developed amid pleasant verdure,” wrote Le Corbusier in the 1920’s. A century later, city dwellers might crack a smile upon reading his words, but we suspect it would be not so much a pleasant grin as a bitter grimace at the sight of tree stumps amid a concrete wasteland visible through the window, which itself would be promptly closed to keep the smog outside. As for ourselves, however, we have faith that this Swiss architect and town planner’s assumption wasn’t necessarily naive.

Not only are cities capable of developing amid greenery, but in fact they must do so. “There is no future without nature, and there’s no nature without a change to how cities function,” says Antonina Samecka, one of the founders of Risk. This future depends on local authorities as much as on city planners, activists and inhabitants who only want a place to walk their dogs. Now that nature has forced us to change our habits, we have an opportunity to reevaluate our attitudes and start putting environmentally friendly solutions into practice. And inspirations come aplenty! In downtown Milan, a forest was created—except that it’s vertical. The “Bosco Verticale” is architect Stefano Boeri’s pair of residential towers, set apart from typical high-rises by more than 20,000 plants and 900 trees, some of them up to 9 metres tall, all planted on the edifices’ terraces to eliminate smog and reduce CO2 emissions. Singapore’s National Biodiversity Centre, an organisation ran by local “nature’s mother” Dr. Lena Chan, has been working since 2009 to set up green spaces in areas taken over by urban concrete jungle. Thus Singapore, at less than half the size of London, is now home to more plant and bird species than the whole of Germany. In Seoul, a gargantuan motorway has given way to a river surrounded by greenery and public spaces. This transformation has brought the site’s average temperatures down by over 3°C, while bringing up the number of fish species from 4 to 25, as well as bird (from 6 to 36) and insect species (from 15 to 192). Stories like these sound elevating (even literally so), and they come in abundance.

Development of cities is possible because of the people who care about the quality of city life. Antonina’s great-grandfather Marcin Weinfeld was a department head at the Ministry of Reconstruction just after World War II, later becoming chief architect at the Committee for Civil Engineering, Town Planning and Architecture—so caring for Warsaw’s functionality is in our DNA. Risk made in Warsaw co-founder Klara Kowtun adds that “The city is our natural habitat. It’s impossible not have an opinion on how it works. You don’t have to be an environmental scientist to appreciate nature, and neither do you need specialist knowledge to mindfully perceive urban spaces.” In giving our account of eco-conscious Warsaw, we worked with Kobas Laksa, an artist renowned for his post-apocalyptic photomontages.

“Risk is a tale of city girls, whereas I am a keen observer of the city,” says Laksa. “My works embody dread, partly because they are nearly devoid of greenery,” the artist remarks, adding that “The city is an organism which lives in symbiosis with us. On the one hand, we are what keeps it alive—without people, cities start dying; just look at Detroit... On the other hand, it is also us what destroys the urban fabric through uncoordinated high-density development, negligence of existing structures and removal of trees. I examine urban anomalies like those,” Kobas Laksa remarks. “I’ve noticed that the quantities of insects and birds have been dropping over time. That worries me. I’m watching as nature tries to break through concrete,” he lets on. But who can help? And how? “Cities stay alive thanks to people with ideals. And not just activists or the culture sector; a waste collector, a baker, a doctor, all of us shape the places which we inhabit. This project allows me to talk about the interdependence of people and cities. What is new is that, this time, I get to show these people.” And he has very specific persons in mind.

Kobas’s subjects are “expressive urban characters: girls who both shape the city and thrive in it,” like journalist and chair of Bęc Zmiana Foundation for New Culture Bogna Świątkowska, for whom “the relationship with the city is like that with another person—you’re supposed to try and understand them.” The artist also had the opportunity to capture director, theatre pedagogue and creator of Teatr 21 Justyna Sobczyk, street art researcher and art in public spaces specialist, chair of Puszka Foundation Aleksandra Litorowicz, vocalist Alicja Boratyn, make-up artist and stylist Karolina Wałach, freelancer Aniela Czartoryska and Risk co-founder Klara Kowtun.

“Photomontage lets you create a complex story, even if what it shows at first glance is just a girl on a city background. Each work and each character tells a slightly different story,” Kobas explains. Composite images reflect both the subjects’ relationship with nature and the city, and the artist’s personal perspective. You can try, for example, to spot some posters for Bogna Świątkowska and Justyna Sobczyk’s urban actions or to recognize Warsaw’s buildings and monuments shot from unobvious angles. All of this is accompanied by a sense of “metropolitan density and multiplication”—a feeling that fascinates Kobas as an artist but disquiets him as a human. “The constituent elements of natural urban development are displaying more and more aberrations such as the overuse of very low-quality concrete pavers or getting rid of whole trees. It renders entire districts unattractive and uninspiring. I avoid these places, I don’t pull out my camera around there at all.” What one can do, however, is draw some conclusions. To us, Kobas’s works seem like the beginning of a conversation about urban nature. We’ll let city dwellers figure out their meaning themselves—especially those city dwellers with a desire to lead a better life in their town.


Kobas Laksa – visual artist, photographer, filmmaker and music video creator. Known, among other works, for his post-apocalyptic composite images depicting metropolises of the future, such as the “Urban Projects Warsaw” cycle and the futuristic visions of a second life of Poland’s contemporary buildings which appeared in the “Polonia Hotel. The Afterlife of Buildings” project, awarded a Golden Lion at the 11th International Biennale of Architecture in Venice. 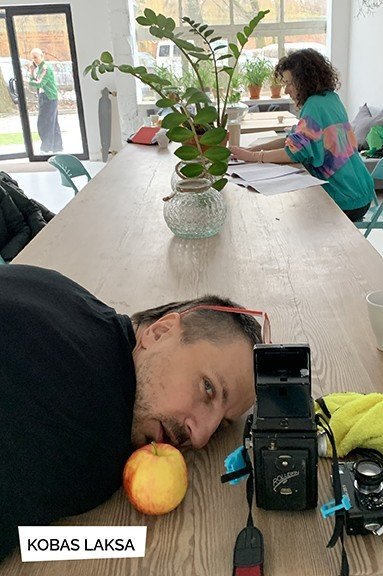 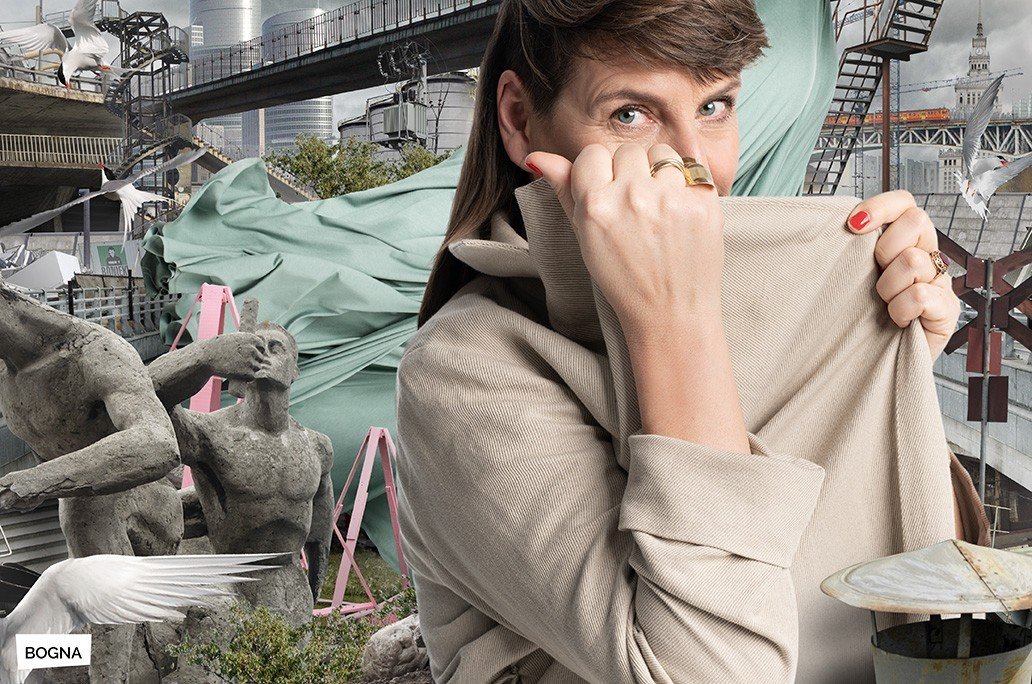 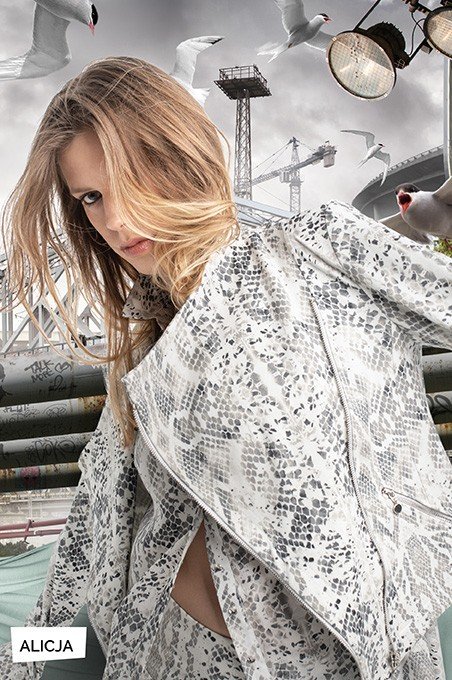 “Photomontage lets you create a complex story, even if what it shows at first glance is just a girl on a city background. Each work and each character tells a slightly different story.” 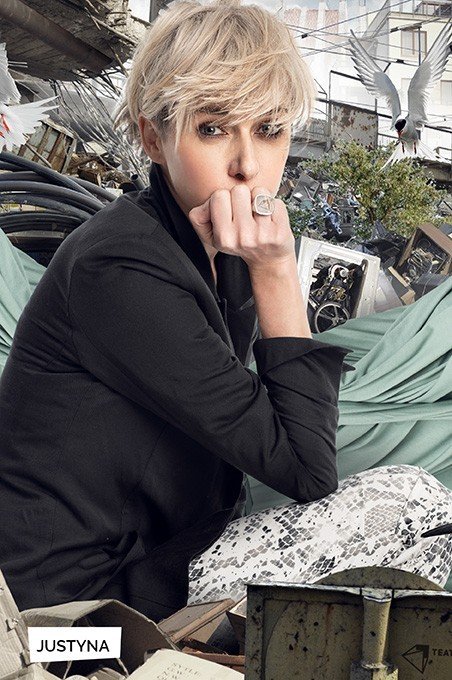 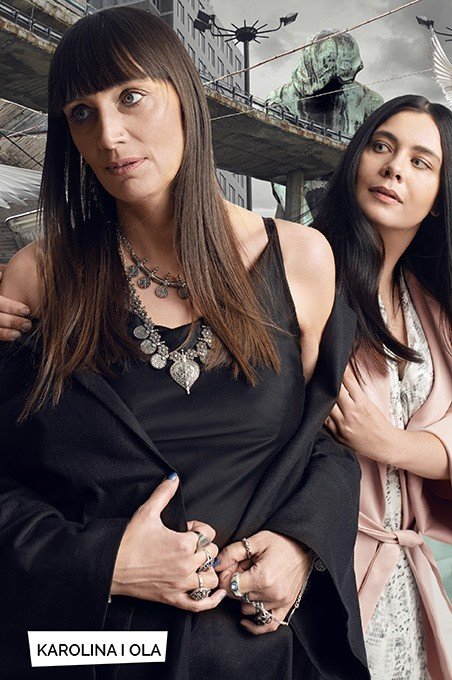 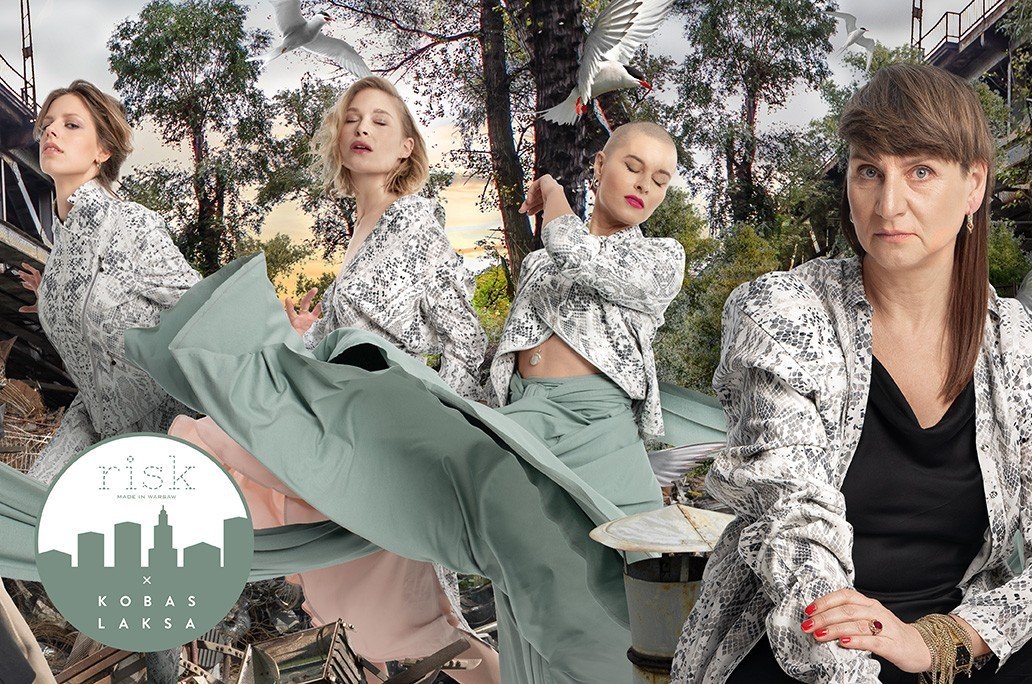